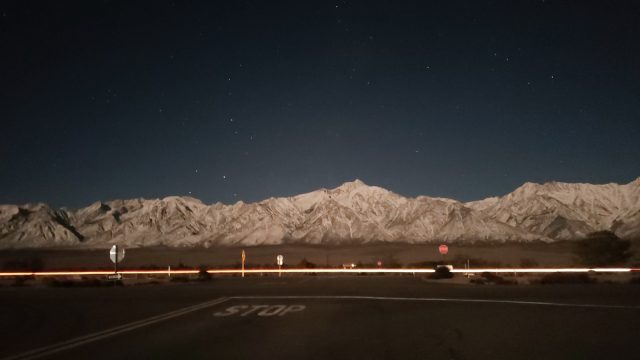 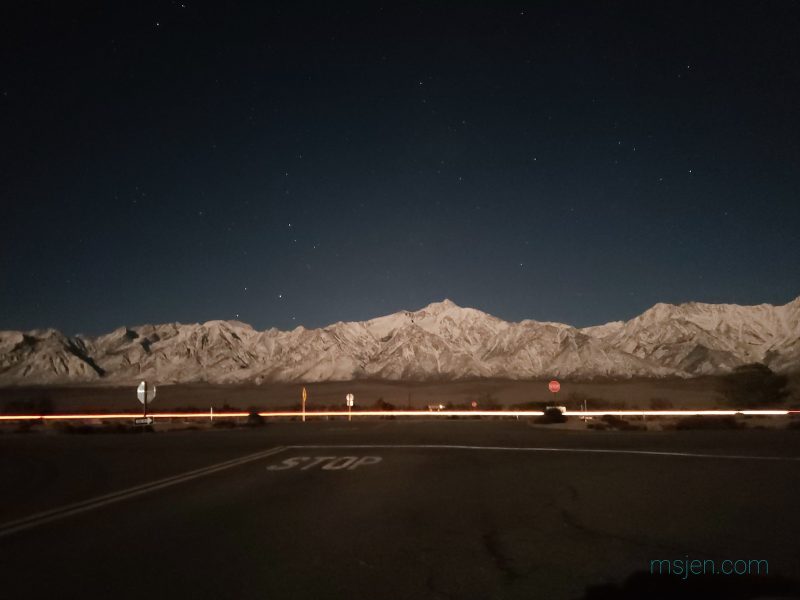 The last two days of rain in SoCal has produced some snow on the local LA area mountains and a good deal of snow on California’s North-South spine, the Sierra Nevada Mountains. Today I drove from SoCal to the Eastern Sierras and here is a photo from half way between Independence and Big Pine, Calif, of the mountains lit by the just past full moon and cars driving by on Hwy 395.

It was beautiful, even though it was dark. I also saw a meteorite shoot over Owens Dry Lake as I drove northwards on Hwy 395.