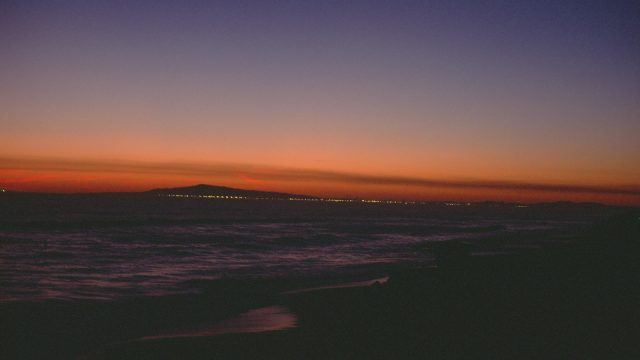 Sun. 12.11.16 – At Roland’s request, I am going to start posting my photos from my film project of 2015 and 2016. I will post both the scanned film photo unretouched and the digital – usually camera phone – photo I took as a reference photo.

These two photos were taken on April 17, 2016 at dusk from Huntington Cliffs / Dog Beach looking across Long Beach bay to Palos Verdes. The photo on the Left is the Fujifilm Velvia 50 color slide film taken with my Nikon FM3a camera and a 50mm f/1.8 lens. The photo on the Right is taken with my Nokia 808 PureView camera phone. Both are not processed other than adding keywords and metadata.

Per the usual, double click on the thumbnails for the lightbox gallery and larger versions of the photos.

One thought on “Film & Digital: Palos Verdes as Seen from Huntington Cliffs”