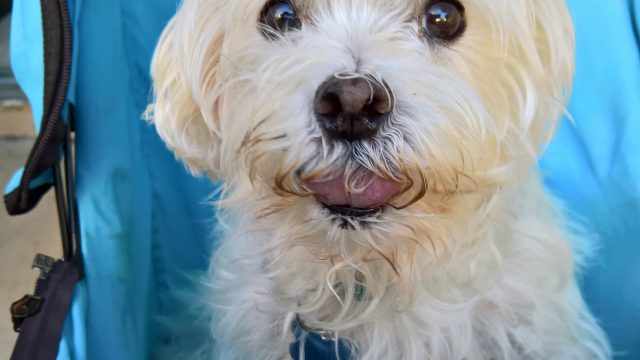 Fri. 11.11.16 – After weeks of struggling to walk and many other old guy indignities, this week Scruffy declined to the point of being unable to stand and go to the bathroom. I was told by my Aunt Anne and Vivian Hernandez that when a dog could not work its back end that the end would be near.

After two uncomfortable days, Scruffy woke up at 3am this morning whining and tapping my leg with his front paw. I took him outside and held his back end up so he could pee, to no avail. I carried him back in, gave him so water to drink, and went back to sleep – for about a half hour until he started to make noise again. This cycle lasted for the rest of the early morning hours and by 10am he was done. Around 10:10am this morning Scruffy McDoglet ran off to the Doggy Elysian Fields.

I am gutted. Scruffy was a very good dog and occasionally a real little f’er. He was not only a great little buddy – my best dog – to me but also to my brother, Joe with whom I shared Scruffy, and to the whole family.