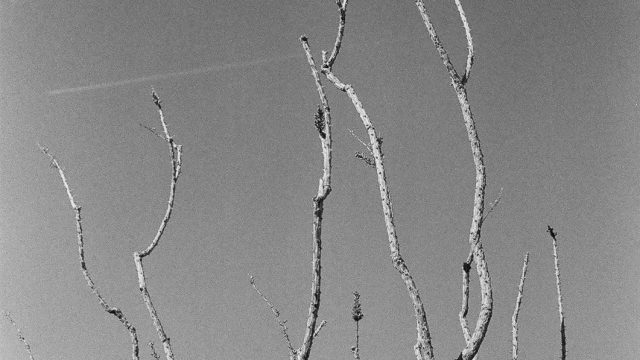 Fri. 11.04.16 – In 2015, I ventured into the One Camera : One Lens photo project with my Nikon FM3a film camera and a Nikon AIS 50mm f/1.8 manual lens. I tried to use a new film every month, alternating black & white film with color, to explore all the 35mm film that is currently available for sale – either at my local Samy’s or online. I still had quite a few rolls of film leftover from the 2015 project and continued to shoot into 2016, albeit a bit slower.

To help with a time stamp & GPS, I take a photo with my camera phone each time I take a film photo. The above two photos were taken on February 3, 2016 in Havasu Heights, Arizona, of my favorite ocotillo. The photo on the left was taken with Ilford HP5 Plus 400 black & white film and the photo on the right is with my trusty Nokia 808 PureView camera phone.

Click on the photos for the larger versions and enjoy.

One thought on “Ocotillo and Jet Contrail : Film and Mobile”