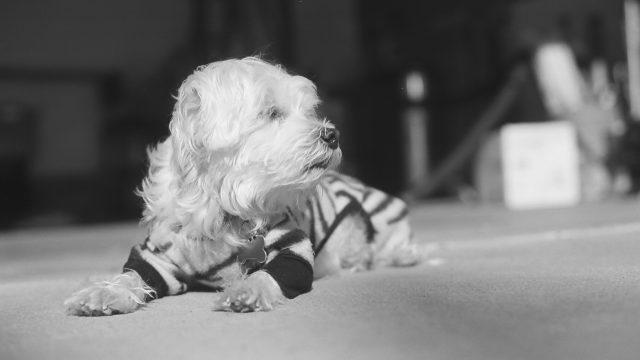 At the urging on TOP’s Mike Johnston last November, I decided to take on the One Camera, One Lens, One Year challenge to help me stretch my photography practice for the whole of 2015.

Last year in 2014, I quietly made the commitment to take my Nikon D800 out weekly and to the Huntington Library and Gardens monthly. It was a great personal challenge and helped me to get very familiar with my DSLR and the cycle of seasons at the Huntington’s gardens. Some of those photos were posted here and on my Flickr stream. Most live on my computer.

When I read Mike’s article in November, I loved the idea of printing out one photo every day rather than consigning one’s photos to the “Pictures” file / black hole. Due to the constraints of my life this year, I don’t have a good photo printer with me and due to my project last year I wanted to switch cameras.

Since 2006, I have been the proud owner of what is called the last and best mechanical film camera, the Nikon FM3a, of which I love the camera and the photos it makes. But I rarely take it out, mostly out of laziness. And there are still a surprising good selection of professional films available at my local Samy’s Camera back wall refigerators, for order through B&H Photo, and for order from interesting kickstarter projects like Cinestill.

I have been trying to stay with the spirit of TOP’s challenge by taking one photo a day and trying to make it through a roll of 36 every month, although May was challenging and I am still about 8 frames to on May’s roll of film. I have put my Nikon FM3a loaded with the month’s film in my camera bag or purse (yay for smallish film cameras!) and trying to take it every where.

The fun part has been seeking out films that I have never shot before or shot so long ago that I have forgotten what they look like. I am alternating Black and White with Color every other month, as well. I love taking the film to be developed at Fromex in Long Beach and then getting back in the car with my prints to see how they turned out.

On top of having Fromex develop the film negatives, I have also been getting one set of prints and an archival CD of the film scanned to jpgs. I import the scanned photos into Lightroom, add the meta data of camera, lens, keywords/tags, and location, but I have not been doing any post-processing as I want to see how each film differs.

I have also been taking a photo with my Nokia Lumia 1020 of the same subject at the same time as I take a photo for the OC : OL : MF, for several reasons: to compare a native digital photo with the film photo, to have my Nokia kindly record the GPS location into the digital file, and to have the date time stamp from the digital file, as it makes record keeping much easier than carrying around a notebook.

I will soon start to post both the film photo and the Nokia Lumia 1020 photos here. I have quite a back log and may be only posting my faves, we shall see.

Here is a list of the films I have used to date* (plus links to buy some of your own):

For the last year, I have been in love with the Ilford XP-2 Super 400 B&W film, now I must add the Ilford Delta 100 B&W to my list of fave B&W films. For all the love that the Kodak Porta line gets, I really don’t like how washed out it is, but I do love the Kodak Ektar 100 Color film and will buy more after this project is done.

The slide films will not cross-processed, but processed to their specifications but not mounted, and instead have prints made. The nice folks at Fromex are very flexible and don’t raise an eyebrow at my requests. But I do prefer the look of a slide film for landscapes.

Now that you all have most of the relevant details on my OC : OL : MF 2015 photo project, I will hopefully get to posting the photos here, on Flickr, and occasionally the ole Instagram. If you see me in personal, encourage me to take a photo with the film camera…

* Currently there are over 15 other rolls of film in the frig waiting to come out, with several hard to get films on order, so this project will in good probability continue into 2016.