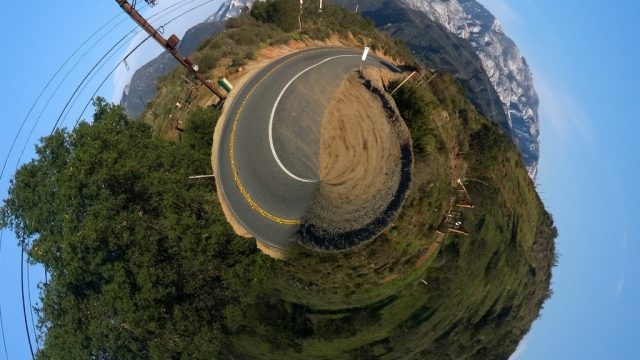 Thurs 01.01.15 – The night before last we had a brief, windy, and cold storm that whipped through SoCal and dropped more snow on the local (lower) Santa Ana Mountains than on the (higher/taller) San Gabriel Mountains. Thus, both yesterday – New Year’s Eve – and today, there was a good coverage of snow on Saddleback Mountain and some of the surrounding hills. It is / was AWESOME, in the true sense of the word.

The last time I saw so much snow, so low on Saddleback was after a freak cold snap just before Thanksgiving 2004. I was so excited about this that after going to dim sum with Erika at Elite in Monterey Park, a picked up Scruffy McDoglet who went on the lam after the gardener left the gate open, and then Scruffy & I drove out Santiago Canyon Road just a bit beyond Irvine Lake to take photos of the SNOW!!! on Saddleback Mountain.