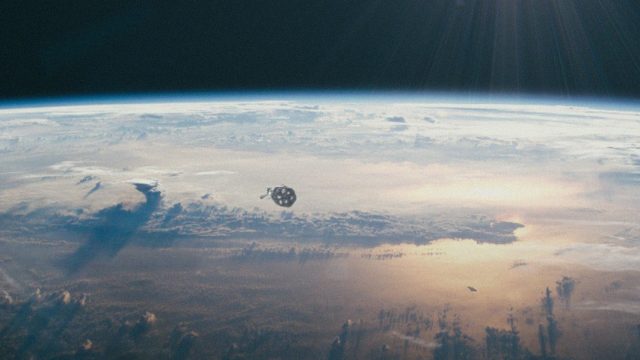 Wanderers is a vision of humanity’s expansion into the Solar System, based on scientific ideas and concepts of what our future in space might look like, if it ever happens. The locations depicted in the film are digital recreations of actual places in the Solar System, built from real photos and map data where available.
Without any apparent story, other than what you may fill in by yourself, the idea of the film is primarily to show a glimpse of the fantastic and beautiful nature that surrounds us on our neighboring worlds – and above all, how it might appear to us if we were there.

The nice folks over at Cumbrian Sky have written a good blog post about the film and what it evokes:

Every few years a space exploration-related film comes along which actually *gets* it. It gets the beauty and drama of space exploration. It gets the beauty of what’s “out there”. It gets it Right. Every few years a film comes along which, with its breathtaking images and optimistic message has the power to excite and inspire a generation, and leaves even the most hardened space cynic picking their jaw off the floor.

Ok. Hands up who thought I was talking about “Interstellar” there… ?

No, I wasn’t. I know that’s the movie of the moment, and huge amounts of bandwidth has been eaten up with glowing reviews, praising to the sky its accurate science and its deep message and meaning. Review after review claims that it will be as inspirational as 2001 was when it was released. So I imagine you were thinking it was Interstellar I was talking about.

No, it wasn’t. I was talking about a film called “Wanderers”, posted yesterday without any fanfare on the Vimeo video sharing site.

Go watch it and then go look at the gallery of stills from the film as they are wonderful.